Those of us who work in SEO have to use an endless number of tools to compile and analyze data in order to extract the best information. Some of those tools are provided by Google, such as the inestimable Keyword Planner and, of course, Analytics.

However, there are many other companies and professionals that have developed tools designed to help us with SEO, generally via the cloud-based SaaS (Software as a Service) model. Let me make it clear at this point that none of the tools mentioned in this post are “sponsored”, nor do we have any type of commercial relationship with the developer. We’re simply users, like you.

The truth of the matter is that over the years I’ve noticed certain patterns that are repeated over and over again with these programs, and I’m sure you’ve noticed them too…

Trying to do everything

Some tools are created with only a narrow purpose. They are the outcome of the development of a small, practical application that someone realized would be of help to many users, in this instance to many SEOs.

One example of SaaS SEO is SEMrush, a platform that was created in order to research keywords beyond our particular domain. It came about because although we can now (to a greater or lesser extent) control the terms with which our users can find us, thanks to Analytics (and now Search Console), we can’t do the same for the websites of the competition.

So, certain tools such as SEMrush decided to do their own search crawls and store the results on their own databases. This makes it possible to quickly ascertain the positioning terms, first paid-for and then organic, for any domain. However, if you’re not familiar with this tool, don’t get too excited: the results are partial (the tool doesn’t find all of the searches), there are “gaps” for certain domains and it’s oriented more towards searches from the American market. Still, despite these flaws, it’s a good utility.

SEMrush is also a clear example of SaaS SEO that tries to do everything. The company developed a tool for key search terms, saw that it worked well and achieved a healthy number of users, and then thought: if we add functionalities that are of interest to these users, we can win their loyalty and also charge them a bit more. So it then implemented functionalities for web crawls (not just SERPs), studying the links between sites, comparisons of all kinds, social signals, on-page optimization and internal linking, etc.

Personally, I don’t like this approach. I’m one of those who believe that a jack of all trades is a master of none, and that it’s preferable to do a few things well rather than a lot of things badly. The snag is that we have to buy a license from SEMrush to study keywords, and another one from Ahrefs to study backlinks, despite the fact that both tools claim to be able to do everything. Still, each to their own, and the combination of both resources offers me more valuable information.

Anyway, that’s the way things are for now, and it seems as though the only tool that might change my mind in the medium-term is Sistrix, particularly due to the fact that it’s recently collaborated with Majestic to share the latter’s database of backlinks. Maybe a “merger of the mighty” is the only way to achieve the definitive tool. On top of that, they’ve chosen to convert us SEOs into subscribers and are giving content marketing a big push…

But we can already see where Sistrix will end up. It’s starting to remind me very much of the Searchmetrics project, which is better known in this part of Europe for its annual study of SEO factors than for its tool, which didn’t make much of an impression here despite being pretty decent.

So that’s the story of how the SaaS SEOs had a rush of blood to the head and tried to become the “definitive service” by attempting to do everything.

Another pattern that’s often repeated with this type of software, and which I’m sure is familiar to you: the typical SEO function that we don’t seem to want to pay for and which “someone will always offer for free”.

Here, my example is Ubersuggest, a tool that’s as old as Methuselah and which certain wannabe gurus keep “discovering” and hyping up in their talks from time to time (stay strong, wannabe gurus, your time will come).

If you haven’t heard of it, Ubersuggest was created in the wake of Google Suggest. One day somebody realized that the suggestions Google gives when we start writing in the search box are of significant interest in terms of keyword research, so they developed this tool. It’s very unpretentious and is designed to offer a full list of the suggestions provided by Google in relation to a specific term, thereby giving us a better understanding of how users search for things. Seems simple, right?

A short while ago its design was updated (about time) and it appears to have succumbed to the trend of “.io” domain suffixes (previously it was a .org) that have become popular amongst tools of this type.

At this point, some genius always thinks: hey, if I did the same thing, but with a better design and chucked in an extra function, it would fly off the shelves! Thus are born the imitator-improvers, such as KeywordTool.io, which has a nicer interface than the original Ubersuggest and a more thoughtful selection of options (YouTube, Bing, Amazon, etc.). 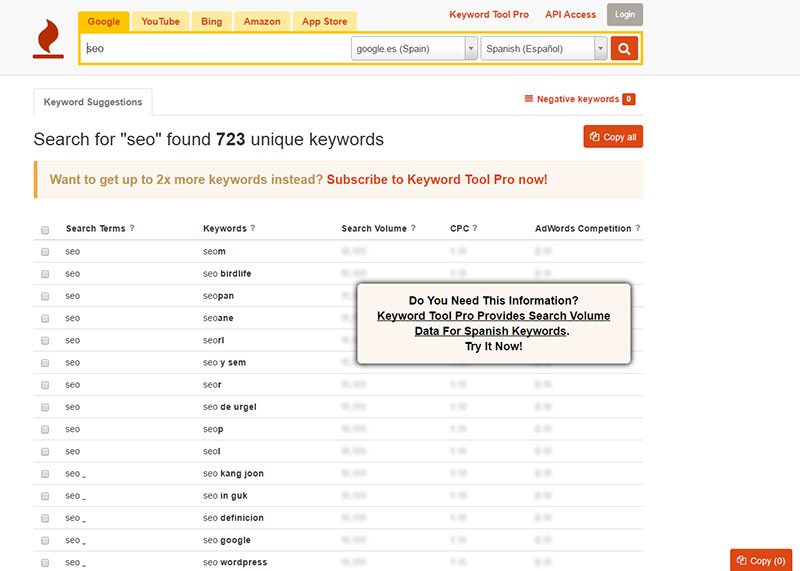 But watch out: it’s a trap! It was clear that the tool would change to paid-for before long – and that’s what happened. Suddenly it included “premium” functionalities and integrated Google APIs to determine the traffic generated by each of the terms, plus other SEM-oriented information. Some users, startled by the words “paid-for”, fled and sought other alternatives. Which leads us on to the next part of the “eternally free service”…

There’s always someone willing to embrace those users looking for free SaaS SEO. I suppose this is what led to the creation of Keyword.io, an excellent tool much like those mentioned above. We could think of it as an “Uber 3.0”. 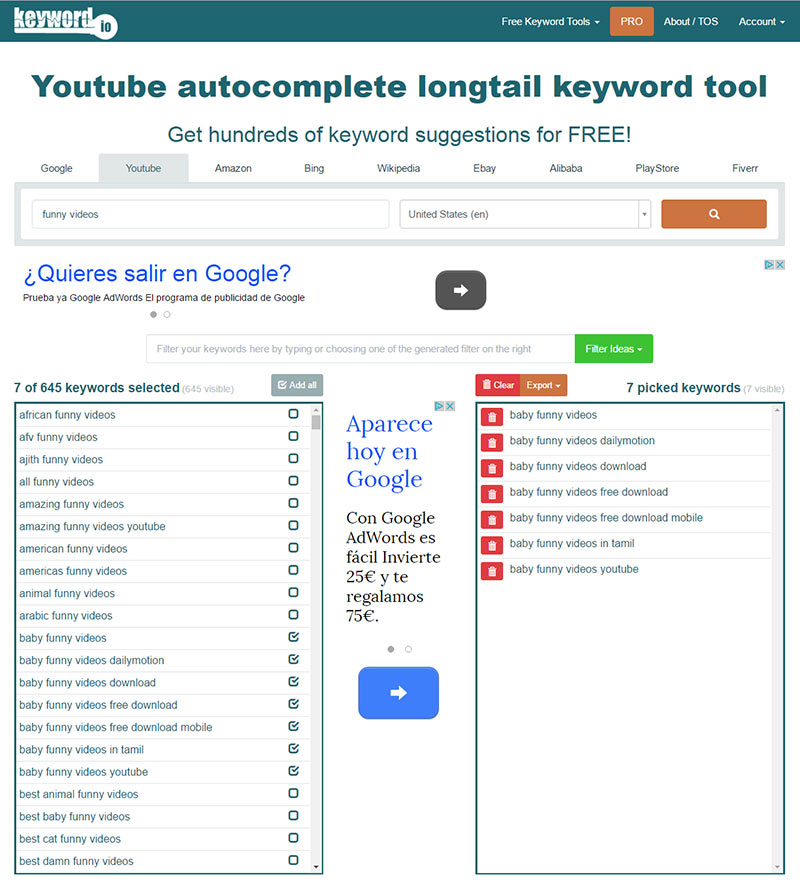 However, Keyword.io has sent a newsletter to its users informing them of the benefits of the new functionalities offered by its paid-for Premium version. Like the Propellerheads and Shirley Bassey said, “it’s all just a little bit of history repeating itself” – and that’s the way it’ll always be! 🙂 This eternally vicious circle will only end when one of the tools that try to do everything also incorporates these functionalities. Paradoxical, isn’t it?

So that’s the story of how we never pay for certain services that keep on respawning in accordance with the model of “first we’ll attract users and then we’ll try to monetize the service”.

How clients play at being SEOs

We’ve all had one of those clients who play at being an SEO. First they buy a load of domains as part of what they consider to be a “SEO strategy” (don’t look at me like that; someone had to say it) and then they use free tools (although lately they’ve been getting cocky and some are even paying for the Pro version) to produce their own “SEO reports”. Honestly, it’s funny, but it gets on my nerves a bit, too.

That’s the thing about SaaS SEO tools, and ultimately the internet in general: the barriers to entry are very low, there tends to be a lot of information and tutorials available online, and using the tools can even be fun if you like technology.

However, the same caveat that applies to social networks also applies here: you get what you pay for, and putting these kinds of tasks in the hands of an amateur can be more dangerous than putting a knife in the hands of a monkey. A construction engineer who reckons he can do his company’s SEO would most likely have a fit if I told him how to build a bridge, right?

You can call me draconian, but I’ve always proposed establishing significant economic barriers to entry so that people don’t mess around with things. Imagine the rubbish we’d get rid of if a domain name cost €800 instead of €8! 🙂

Returning to the subject of SaaS SEO and the delightful story of how clients play at being SEOs, in my humble opinion all of this was inevitable, and its origins can be traced back to the following:

The good news is that, little by little, our clients are becoming increasingly more savvy. Some sectors are refreshed faster than others, but the generational shift is inexorably reaching every department and sector. The future looks very bright.

In the meantime, however, remember to run far away from clients who do any of the following:

So that’s the story we’ll tell our grandkids of the days when clients thought they knew as much as the professionals they hired. (“So then why did they hire you, Grandpa?”)

In any case, we shouldn’t forget that we need clients in order to survive. We just need to choose them well and then give them all the care and attention they deserve. The fact that a client may be familiar with SaaS SEO shouldn’t scare us; in fact, we should even see it as a positive. The more a “good” client knows about our industry, the more they’ll value our work. If they’re contacting us, it’s because they’ve tried and failed to achieve their online objectives.

The future of SaaS SEO

Online tools will always be necessary for SEOs and represent a fundamental part of our work. One of the most stressful aspects is the speed at which they advance and mutate, in line with the internet itself and Google’s algorithm changes. New functionalities and new competitors are forever emerging, making it tough to keep abreast and try them all out! 🙂

But without a doubt, we’re used to such a frenetic pace. At least the monthly payment models mean we don’t have to commit ourselves long-term and can use various different tools in our SEO campaigns and audits. I’ve already mentioned that I personally prefer to use several tools in combination in order to obtain richer information.

If you want a package that provides a comprehensive service, then Sistrix is undoubtedly the tool for you.

If you have sufficient resources, however, I recommend that you juggle a few different tools. To study keyword competence, organic as well as SEM (particularly for the American market), I recommend SEMrush. To study backlinks, pick Ahrefs. For those who still pay attention to rankings, we use ProRankTracker. The king of on-page optimization (and now logs) is Screaming Frog, but as it’s a desktop application, you could also try the DeepCrawl SaaS…

For now, the future of SaaS SEO (or, if you’ll allow me to coin a new phrase, “SSaaS”) resembles the present: some larger tools struggling to encompass a comprehensive service, and some more modest tools for small functionalities struggling to find a way to monetize themselves.

The only change on the horizon that I’ll risk predicting is that of the growth of Google’s own SEO-oriented tools. As a client of ours said recently, “SEO is fashionable right now”, and its reach is expanding to include more people. Consequently, Google will be interested in expanding and improving tools that are already essential right now, such as Search Console (aka Webmaster Tools).

So for the time being, we’ll follow the progress of SSaaS and test everything we can get our hands on – and we’ll be sure to tell you about it here! 😉 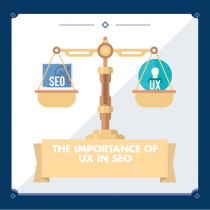 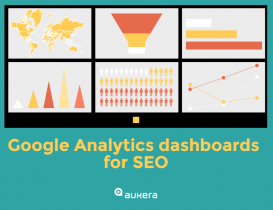 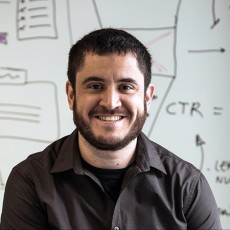